The Queensland Government has been accused of exposing voters to a massive security breach by allowing Chinese-based coders to write critical software for the Queensland Electoral Commission.

While Australia and the United States kicked out the Chinese Huawei IT company, brainless state Labor Party politicians expose the entire voting population to identity theft, bank fraud, and every other aspect of corruption the communists can dream up by allowing China in.

Sky News presenter Peta Credlin dropped the IT bomb on Friday claiming the outsourcing of coding gives China access to the electoral roll and 2,826,613 names, addresses and dates of birth of Queensland residents.

It could make accusations of Russian meddling in the 2016 United States election look like a Facebook discussion.

China effectively could manipulate the result of the upcoming state election, which should raise the hackles of the unions and Deep State operatives within the QEC.

Pauline Hanson lost the state seat of Lockyer at the 2015 state election due to fraudulent postal votes.

For decades the unions have been instrumental in large scale voting manipulation, aided and abetted by QEC sleepers, which has changed the result in marginal seats.

Postal voting is the latest method of voting fraud as Pauline Hanson could attest when she narrowly lost the seat of Lockyer in 2015 by a handful of suspected fraudulent postal votes.

Channel 9 reported on the election:

“One Nation’s Pauline Hanson is having a bigger than expected impact in the seat of Lockyer.

Sitting LNP Ian Rickuss was ahead with 8596 (33.65 percent), but had suffered a significant swing against him.

The two-candidate preferred breakdown on the Queensland Electoral Commission website has Ms Hanson ahead with 54.6 per cent compared to Mr Rikuss’ 45.3, but that figure is based on only five of the 61 booths.

ABC’s election analyst said Ms Hanson is leading on a swing of 18 per cent in those five booths.”

This went on until the counting finished causing Ms Hanson to lose the race.

The Queensland Marxist government like Premier “Red” Dan Andrews in Victoria, bows and scrapes to China but there is only so much people can take.

Voters will not get a clean election result until the state government orders a physical habitation check of every Queensland household to be undertaken by interstate, independent inspectors and overseen by a retired interstate judge. 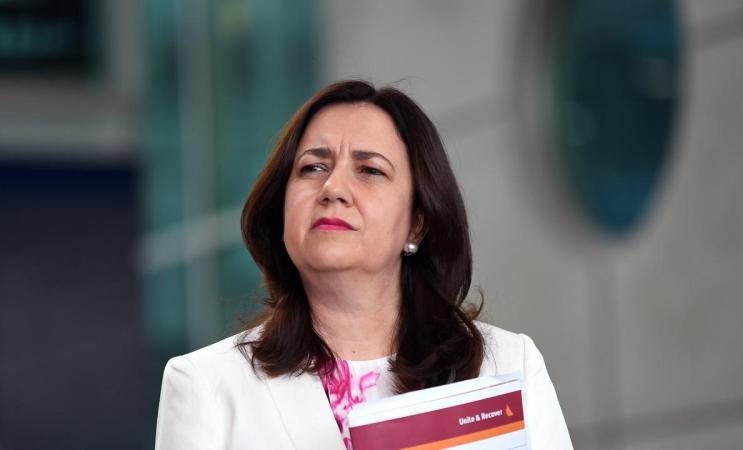